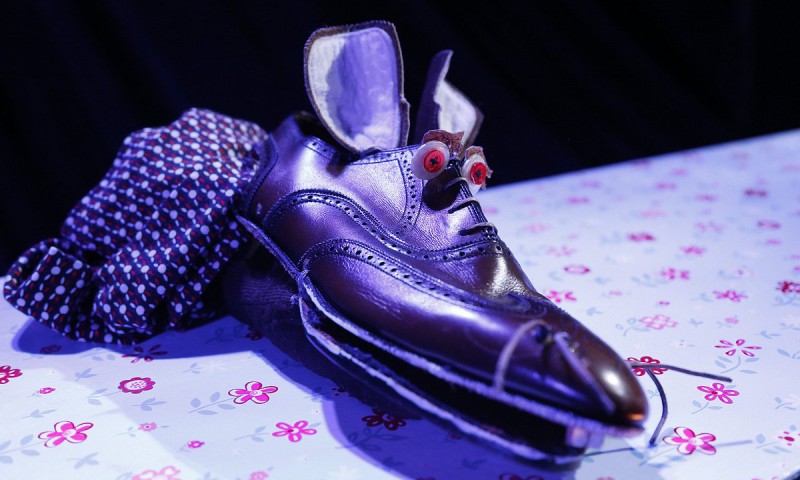 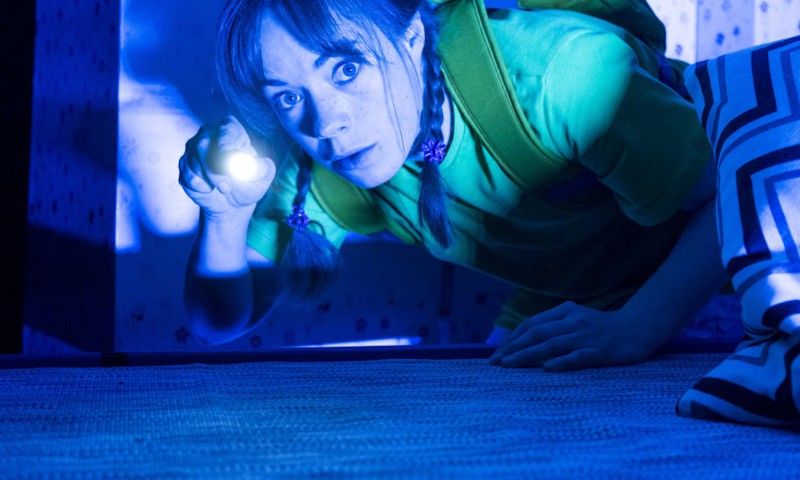 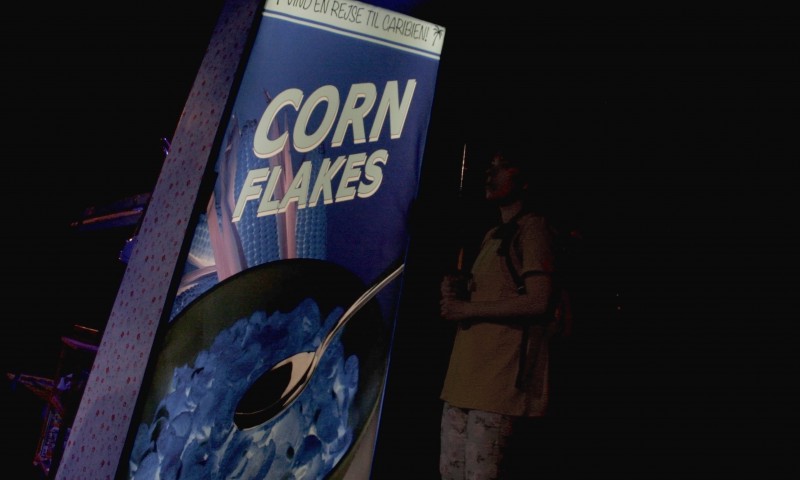 Landet Under is a warm, unsettling and humorous piece for children about experiencing grief when losing a sibling. Told from a child’s perspective it addresses weighty issues in a playful tone. Rose incorporates imagination and reality into her play, confronts grief’s many faces and finally learns to live with the loss of her brother.

A story told in realism and magic, with puppets and actors.

"Landet Under is a powerful and sensitive performance that takes on serious topics in a direct language. It has looming darkness and some of the young audience thinks it is very scary, especially when the Queen of Darkness and her butcher are on stage. And possibly it is not only the young who feel unsettled.

The performance has important messages touching us all.

Landet Under is incredibly successful theatre."

Translated from review by Line Fjord for Børn i Byen

"Music, light and meters of black satin efficiently brings the sinister universe to life and Rose’s dangerous journey is full of simple and convincing scenographical means."

Translated from review by Gudrun Hagen for Teater Avisen

The design is grounded in a theatrical realism. It has almost filmic elements, which then take on theatrical qualities when animated by the puppeteer. The more realistic and domestic the starting point the further and more fantastic the journey into the Land of Darkness could become.

Set, costumes and puppets were all elements existing in the main character Rose’s world from the beginning, transformed or animated. A shoe became a rat, an angle poise lamp became an archeologist with a head torch and a cornflakes package grew to absurd dimensions.

The set had smaller ‘stages’ built into it; under the table or on the bunk bed. These allowed concentrated and smaller scenes involving puppets.

The costumes started of domestic but underwent a transformation into the fantastic. 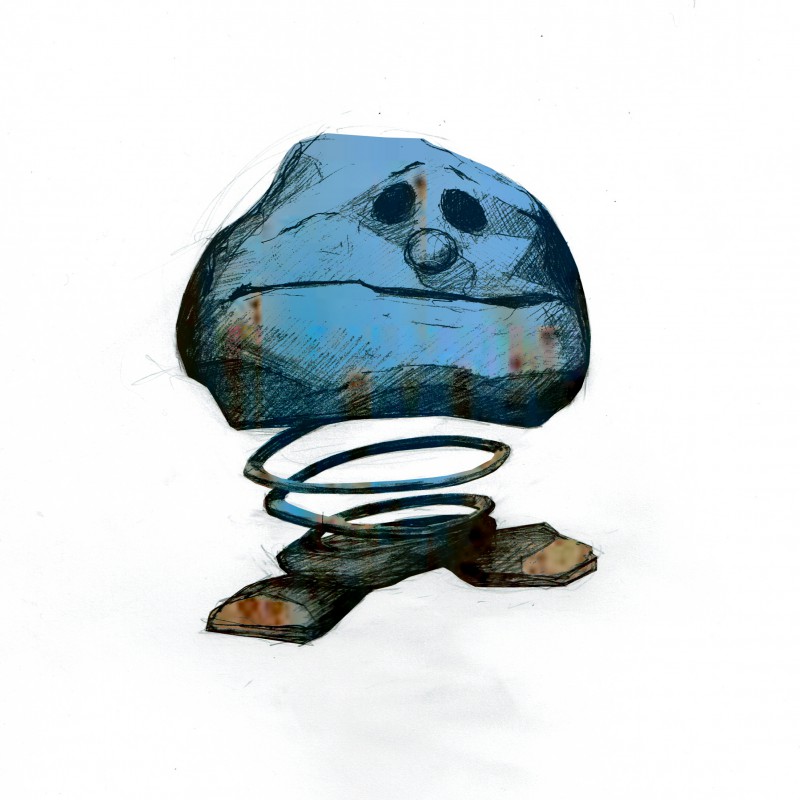 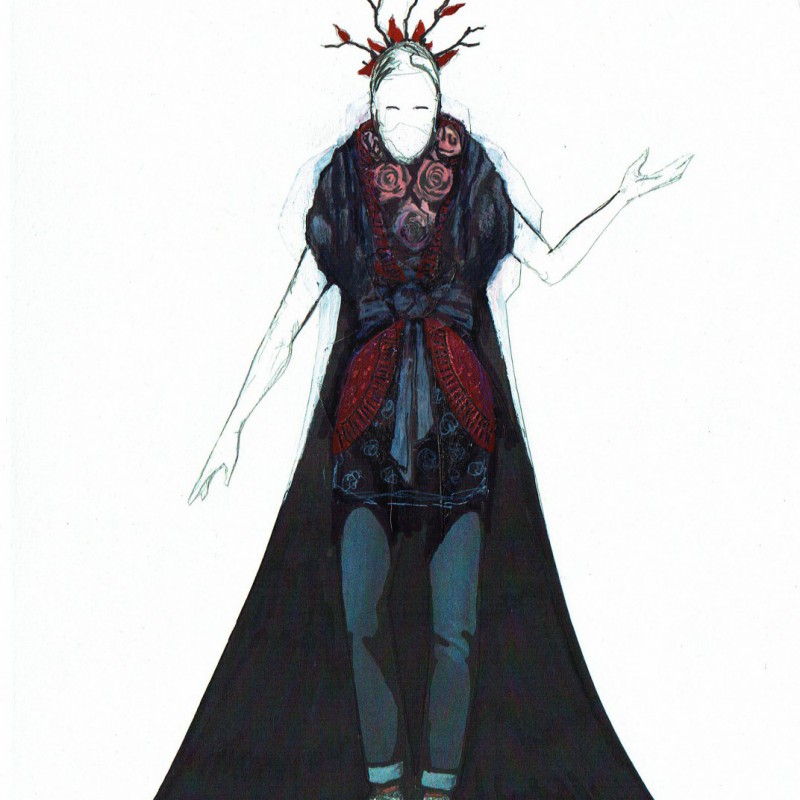 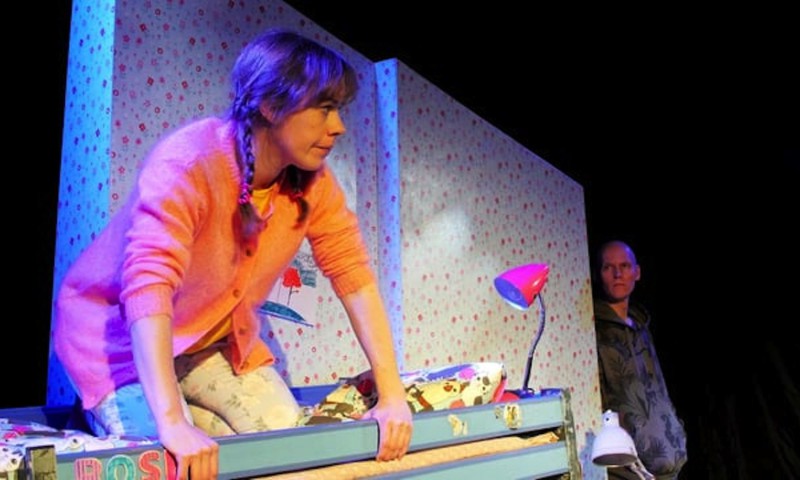 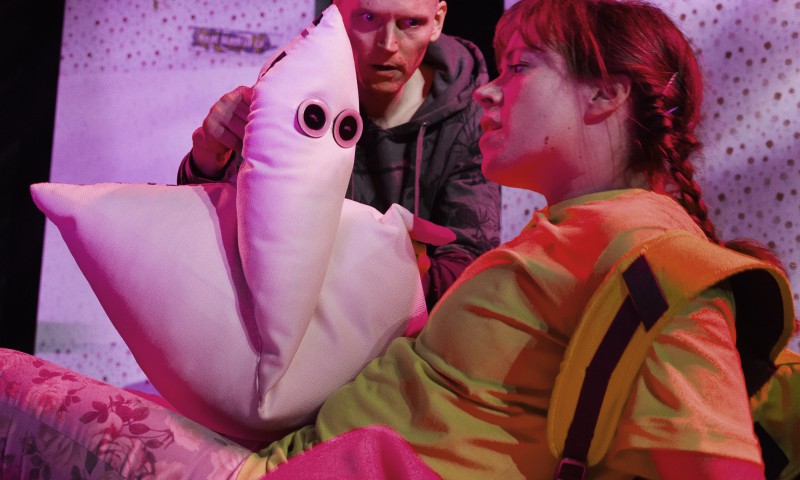 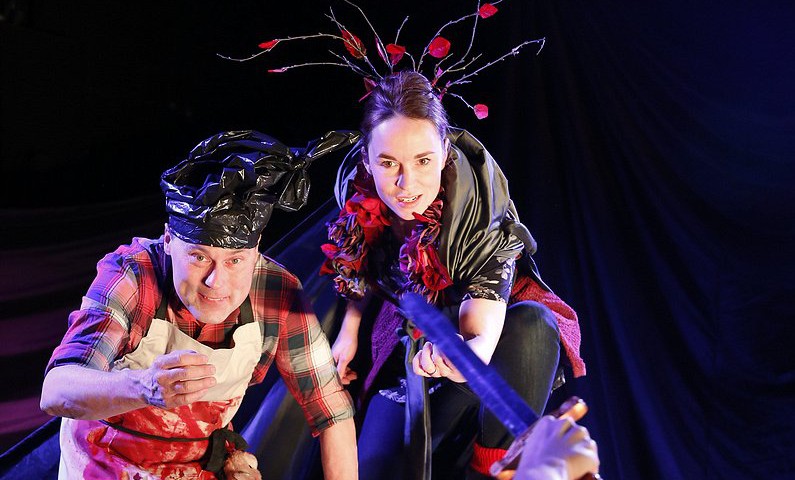