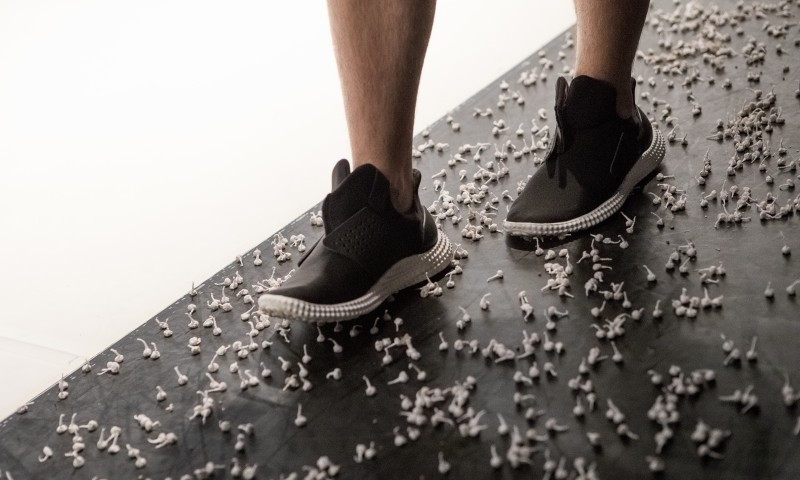 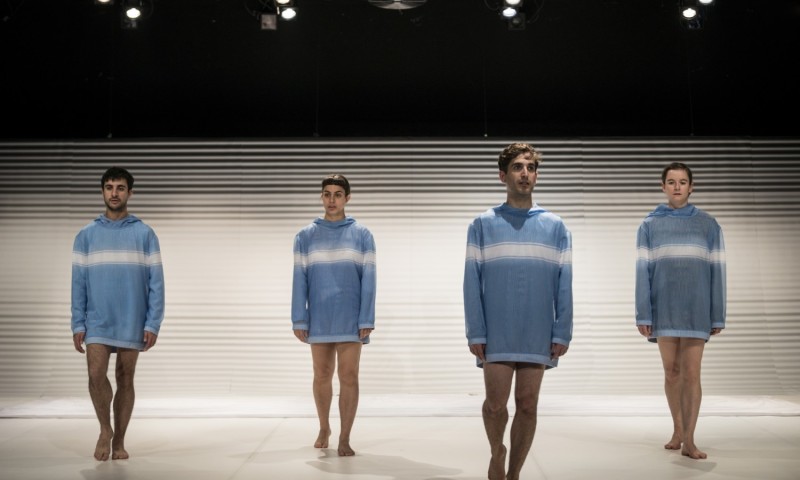 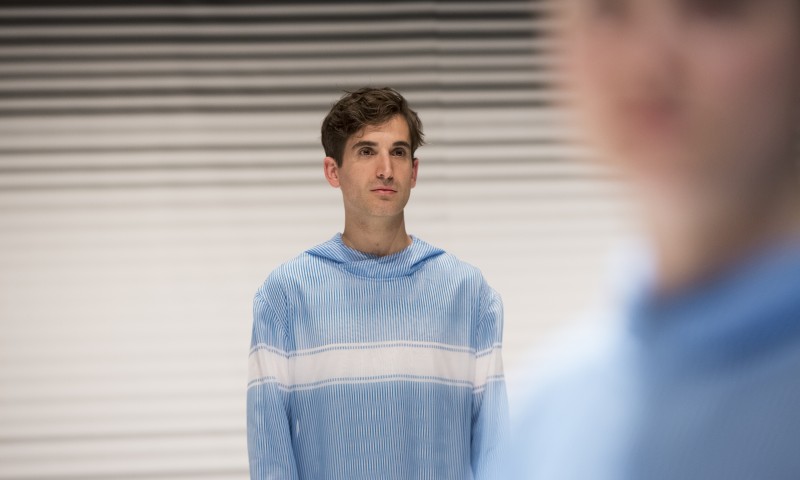 Andante is an invitation to pause, to connect with your senses, to be in a room with others and not have to say or even see anything. It is conceived as a generous and patient walk into a cloud of attention and time.

‘a fascinating piece of conceptual art and one that unabashedly rejects the conventions of
dance.’

One of the most simple – and in that simplicity, complex – and extraordinary shows I think I might ever have seen. (...) Andante is a work of profound and painful nostalgia for everything you’ve had to step away from.

"They’re immaculately dressed in identical blue hoodies that come down to their upper thighs – the hazy lining captures an ethereal light – and with otherwise bare legs, they’re strikingly and self-consciously fashionable.

It’s a hugely ambitious work; but this choreographic complexity is infused with, and ultimately grounded in, a palpable humility, boldness and nuance."

"What really catapults Andante into greatness is the accompanying design elements: from the tiny white explosive capsules that pepper the black edges of the white stage, to the graded infinity cove that makes The Lowry’s Aldridge Studio seem more vast than conceivably possible."

Igor and Moreno, The Place and TIR Danza

The work sets the mind free by engulfing the audience in a fog to the point where nothing can be seen. A state leaving the spectator only with themselves and their senses in the moment. The collaboration with perfumer Alessandro Gualtieri made this state a living journey through a series of shifting scents.

The design is build around ideas of perception to free the spectator from analysis and readings.

By the end of the performance the thick fog produces a total whiteout robbing everybody of vision and each other’s company. To oppose this it became the role of the design to created a space where from we could shift into the archaic nature-like infinity of the fog. This became a shared space based on ideas of manmade infinity through a graphic horizon and an infinity curve.

In costume the horizon materializes itself as a white stripe across the chest of hoodies. At first it appears as an ordinary feature of any sports hoodie, but as the performers perfectly line up during the piece it reveals itself as a shared horizon running across all performers at exactly the same height tying them together.

The horizon is echoed in the curve through numerous blurred lines, which produces the visual effect of depth. Their blurred quality vibrate and shimmer when focusing on them. An effect making the performers stand out ultra crisp before the fog comes rolling in.

To capture and present the living and organic quality of the fog to come we worked with moiré effect in the costume. As the performers slowly move around the stage hazy lines, mimicking the ones of the infinity curve, dance and shift around the costume. It produces an ephemeral sense of transparency reacting to the breathing of the performer and hinting how everything is soon to disappear. 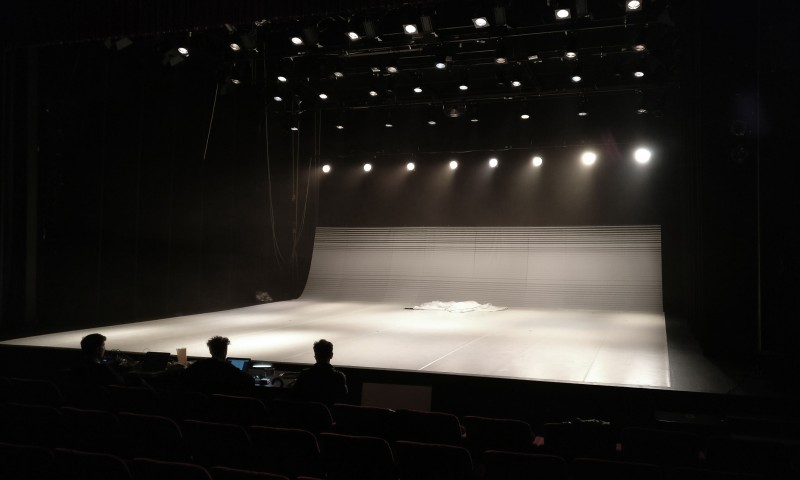 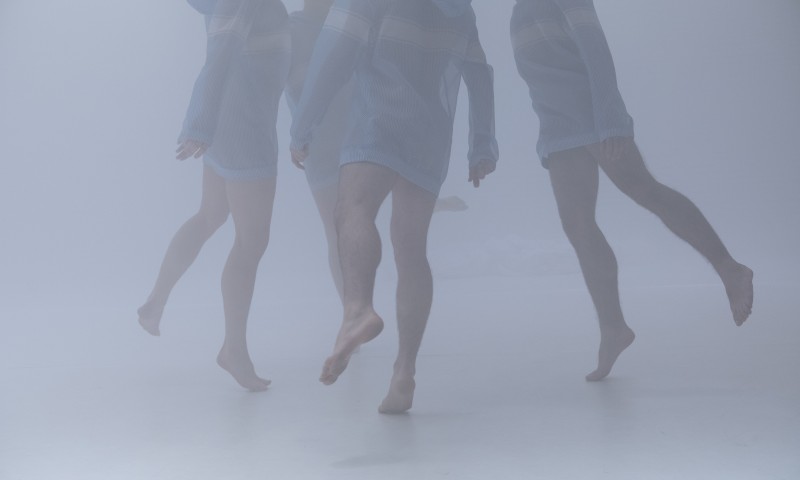