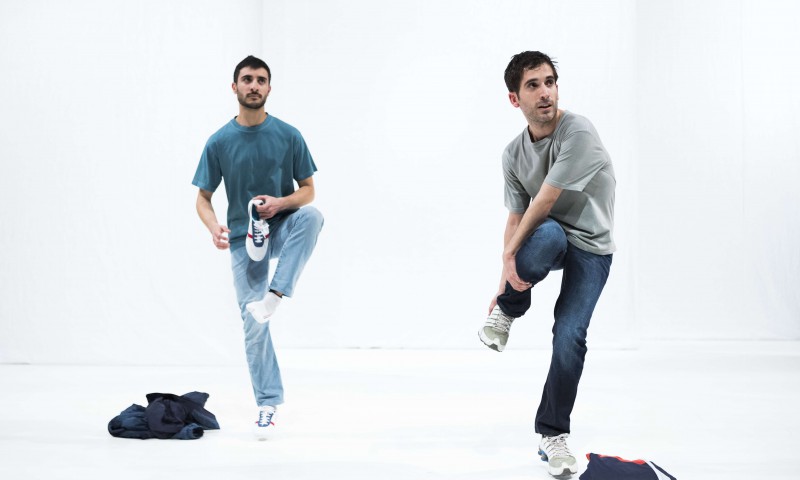 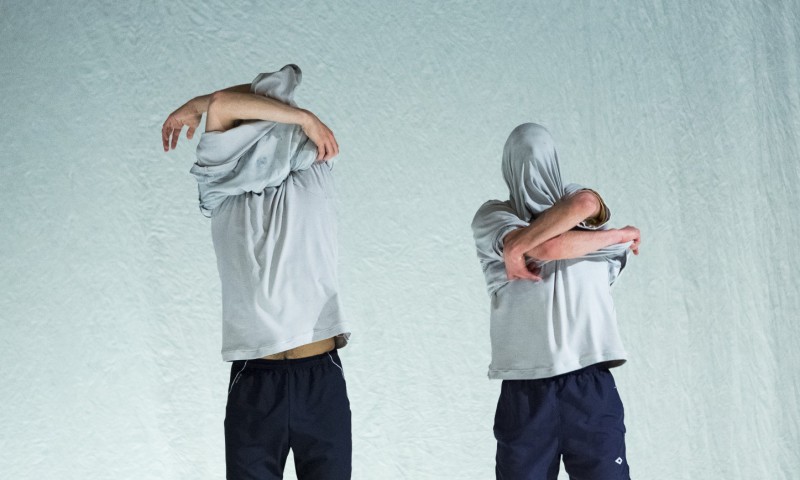 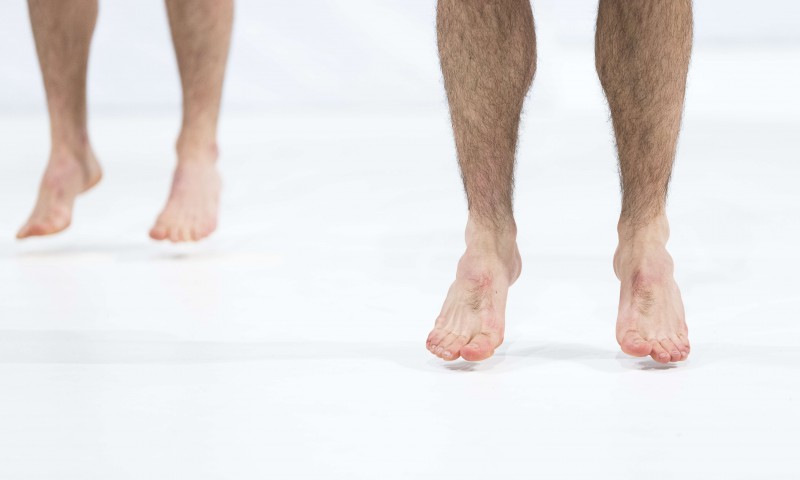 "We started with wanting to change the world with a performance. We felt like idiots.

Then we danced a lot. We jumped. We called on the folk traditions of Sardinia and the Basque Country. We sang. We jumped some more. We committed.

"This has to be one of the most stunning, innovative, bold, daring, clever, funny and sexy shows I have seen in years. The sheer white backdrop is a perfect setting as well as an appropriate metaphor for something so crisp, white and new. It knocks the spots off every other show I have seen during the Fringe 2015."

"Unmissable! A simple but immersive performance that defies all initial expectations and explanations.’

Two men in macs, jeans and trainers walk onto an empty stage, stand side by side and start singing softly: a humble beginning to what would become one of the best, and most emotional dance performances I’ve ever seen.

This is a performance that does not translate well to clips or short segments. It needs to be seen in full to be understood. It is a journey... which is virtually flawless."

By Kim Silverman for Everything Theatre

"this is minimalism done well - with Kasper Hansen's set a key part of what makes the show work so well."

"Igor and Moreno’s Idiot-Syncrasy begins with the two standing side by side, wearing colourful and ill-fitting rain jackets and sports shoes – a far cry from the designed and often monochrome wear much contemporary dance is performed in. This suggestion at irreverence is but the first in the hour-long show that does justice to its title."

By Senne Vercouteren for A Younger Theatre

‘Urzelai and Solinas deliver totally focused performance that welcomes an audience into their world but leaves just enough ambiguity to tantalise the brain. Performed with splitsecond accuracy and with exhausting agility this is a piece that surpasses the sum of its parts. It’s deceptively simple structure belying a piece of intense integrity and emotion. It may be hard to capture on paper, but this hour with Igor and Moreno will live long in the memory. Groundbreaking’

The design of Idiot Syncrasy had to create a feeling of togetherness that could change and evolve seamlessly during the course of the piece. As the movement material is pared back and minimal it was important that the design allowed this to be the central focal point. We also wanted to communicate a sense of significance and a feeling of rebellion.

The opening costumes, macs, reference clothes worn by protesters in the marches around the occupy movement; determined, prepared and with a sense of naivety. The ordinariness of the macs also gives a nod to rebellion from more commonly seen dance costume.

The top layer reveal beneath simple shorts and t-shirts, each with their different colour. Throughout the piece the colours keep changing gradually and almost invisibly as both performers go through two differnet 13 t-shirt colour gradients, first developing towards each other and then apart.

The set consists of a white dance floor with three large protruding paper like wings. They give depending on how they are lit a felling of flatness, depth, serenity, unpleasant intensity and take on church like qualities. They are light as well as architectural.

The wings create a dynamic diagonal line in the space and two onstage entrances and exists for the two performers and they are used throughout as a choreographic element. The set completely dominates the theatre space with its size but remains a structural base note in the piece and grants absolute focus to Igor and Moreno.

The design and choreography was developed through several rehearsal phases and it was a process cutting and refining until only the essential was left. 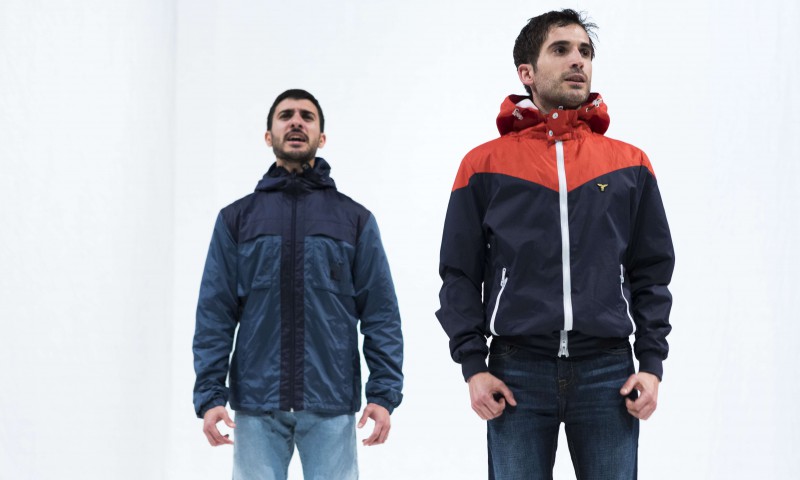 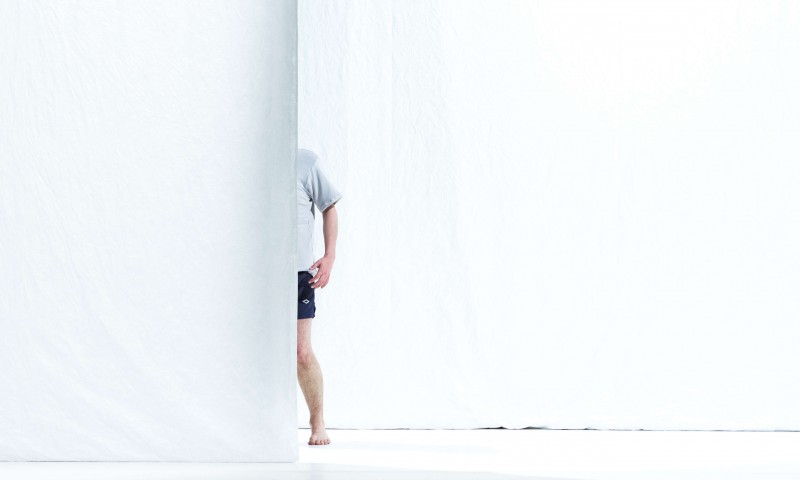 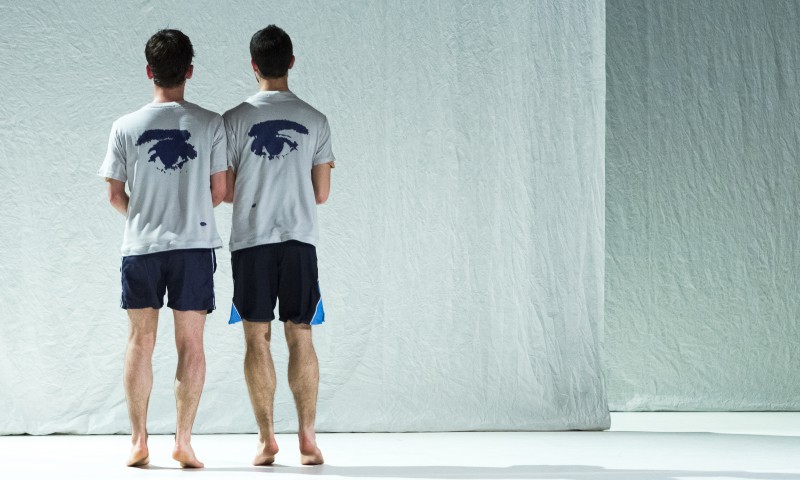 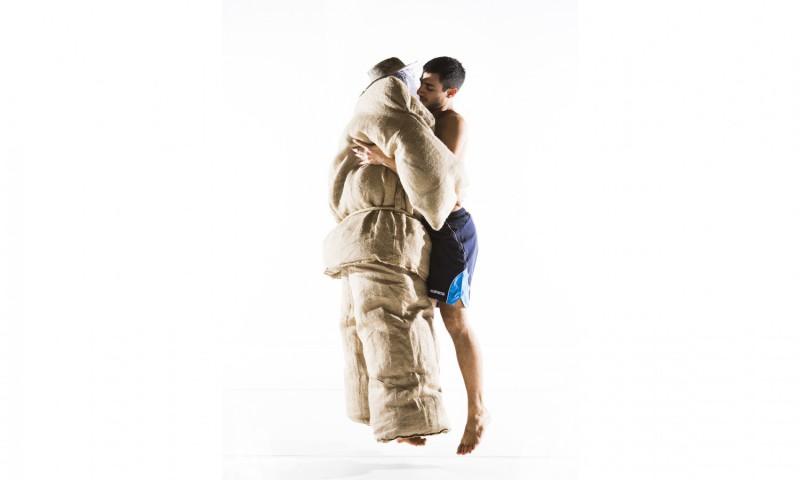 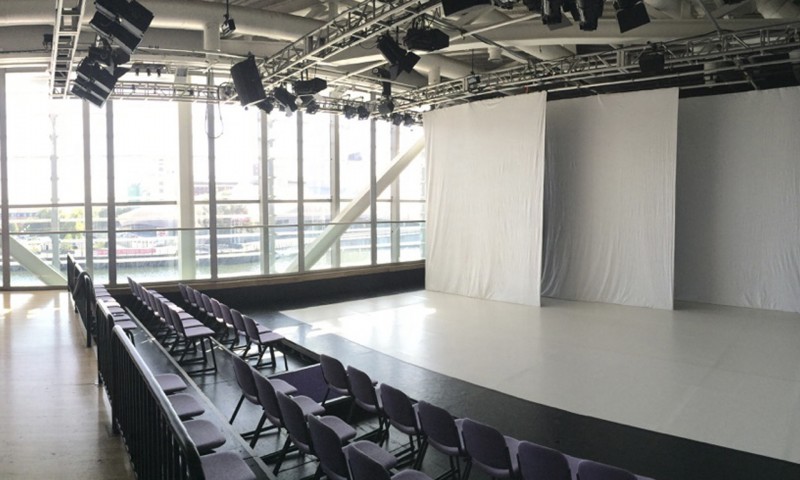 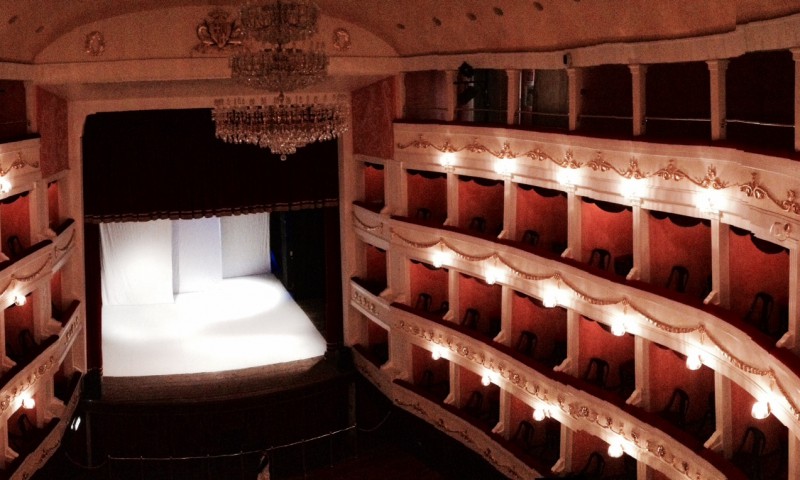